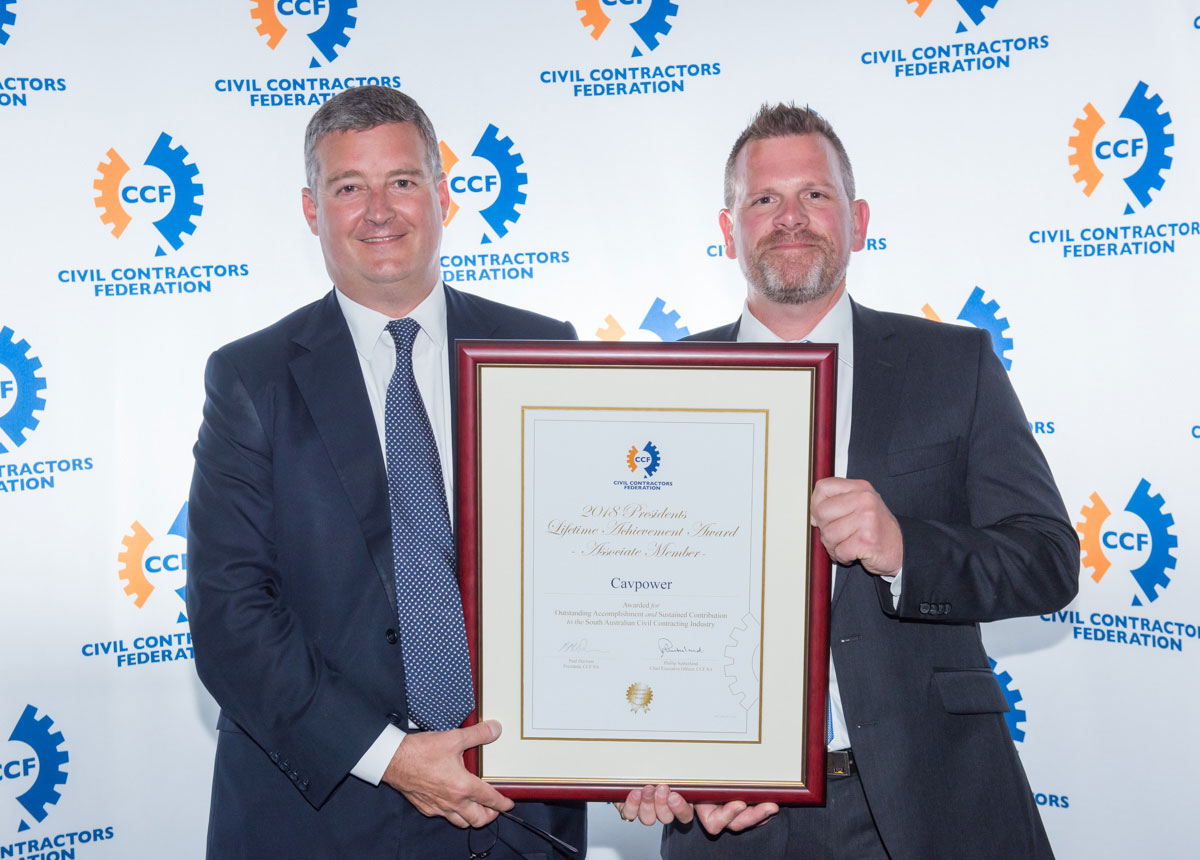 Cavpower attended the Civil Contractor’s Federation (CCF) 2018 Gala Dinner and Awards Night on Friday, 6th of April and was honoured to receive the award of the CCF South Australia President’s Lifetime Achievement Award – Associate Member for 2018. The event was held at the Adelaide Convention Centre and was attended by members of the CCF.

This is a new honour created by the Civil Contractor’s Federation South Australian Board in 2018 dedicated to Associate Members. This award recognises exceptional service of those in the civil, construction and associated industries. It also aims to expand the historical record of the state’s civil construction industry, increase public awareness and generate a sense of industry ownership.

Having joined since 1973, one year after Cavpower was formed, Cavpower are proud to be a long-standing associate member of the South Australian Civil Contractor’s Federation. We are proud to partner with a local industry provider which plays a pivotal role in the growth and prosperity of South Australia.

Learn more about the CCF. 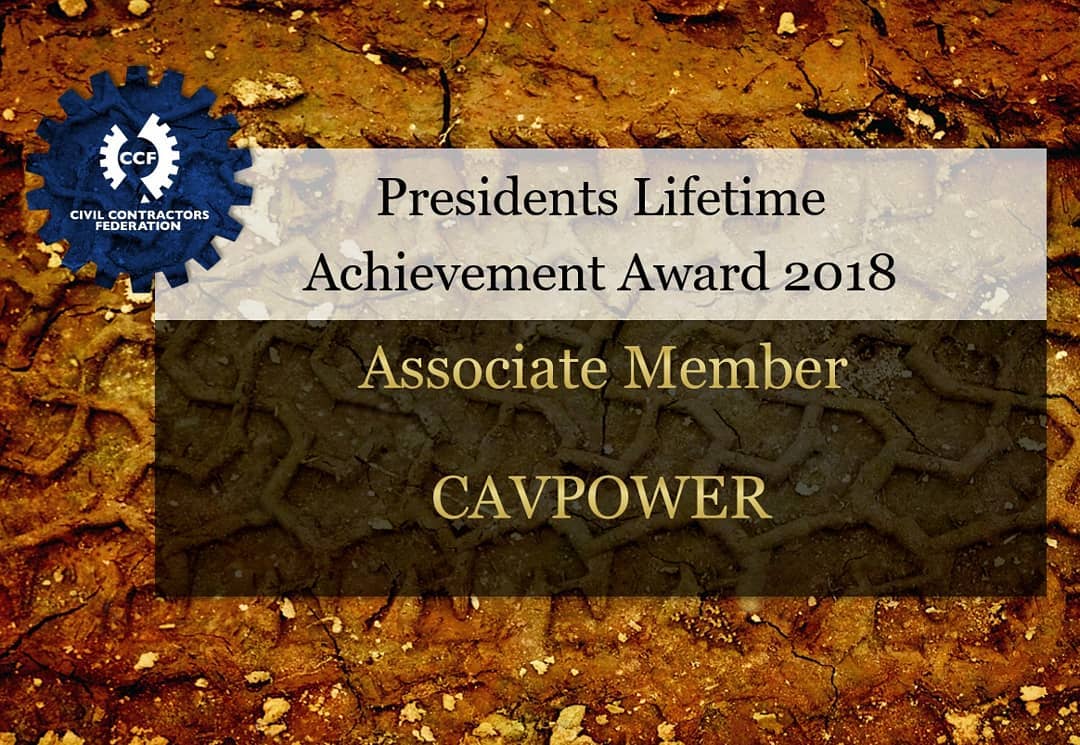