Minister for Defence Personnel, the Hon Darren Chester MP said the awards showcased those employers that actively supported their Defence Force Reservists in the workplace, allowing them to contribute meaningfully to both their civilian and military roles.

“The support from employers such as the ones recognised here tonight enable our Defence Force Reservists to be released from their civilian roles to perform a variety of roles within the Defence Force,” Mr Chester said.

“Through their Defence Force Reserve service, our Reservists gain skills and knowledge that they can then transfer back into their civilian workplaces, providing a direct benefit to not only the workplace but to themselves as employees.

“The Employer Support Awards acknowledge on a state, territory and national level the contribution that employers make to the Australian Defence Force by providing working conditions and policies that support Reserve service.”

Flight Sergeant Hevesi (Reservist and Cavpower employee for eight years) attended a two week promotional course and provided two weeks unit support; Corporal Jackson who has worked for Cavpower for 14 years and has been a Reservist for 12, supported Exercise Predator’s Run (2 weeks) and worked as an instructor for the School of Engineers (2 weeks); and Sapper Huolohan supported Exercise Jacka Crawl for two weeks and attended a training course for one week.

In 2018 Cavpower provided 98 days paid leave, and in one case we exceeded our Defence Leave Policy by providing five weeks paid leave to one of the Reservists.

Mr Shane Bowering, who accepted the award on behalf of Cavpower said that receiving the award was a great achievement and recognition of the organisational efforts towards its employees.

“Cavpower has been a registered Supportive Employer since 2010, has a generous Defence Leave Policy providing four weeks paid leave every year, and actively promotes Reserve service amongst its employees,” Mr Bowering said.

“Cavpower is committed to promoting the benefits of Reserve service across the organisation and we regularly attend Employer Engagement Activities.” 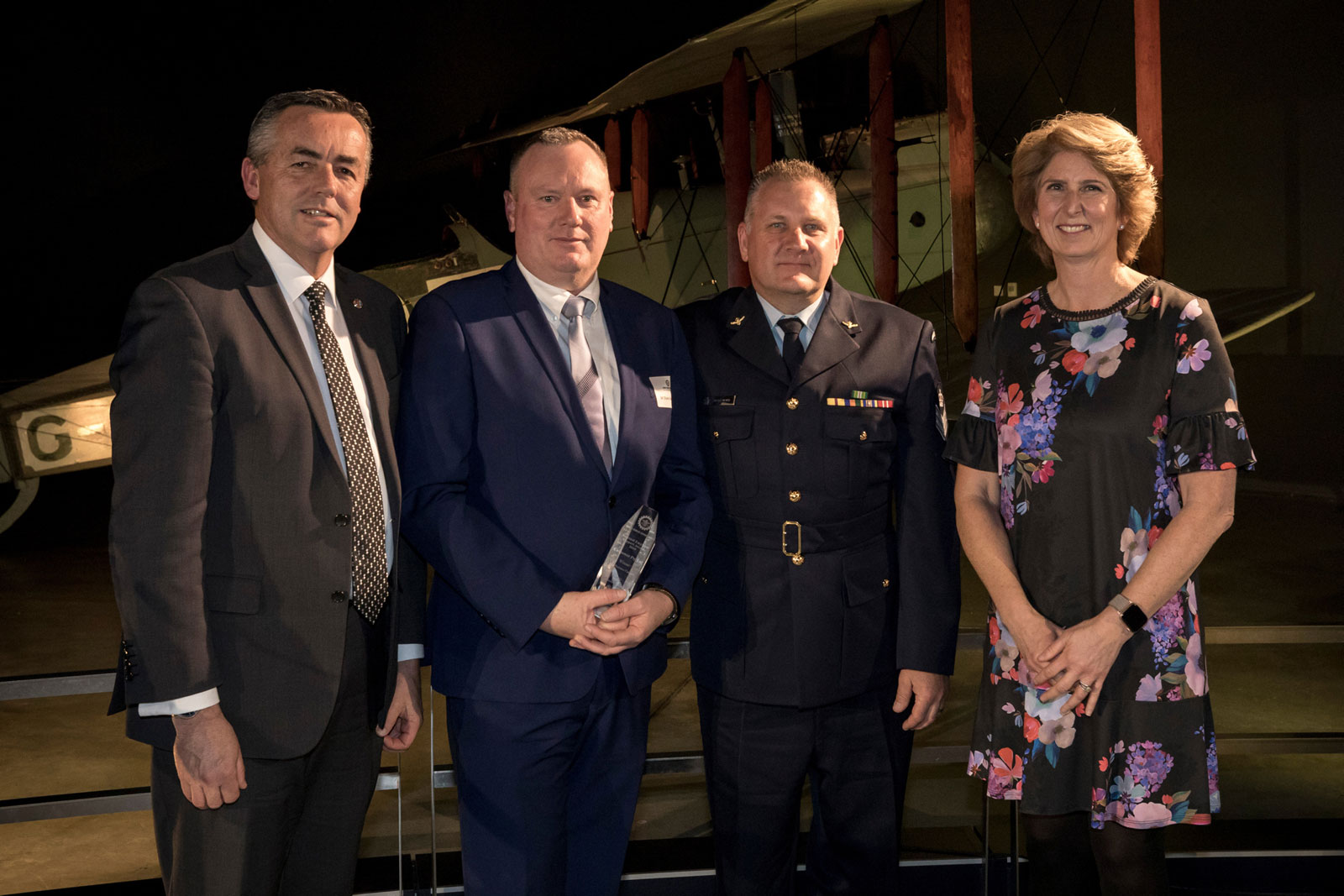